In the wild, it typically is a creeping shrub reaching a height of 4 to 5 m. with a thorny stem; however, the thorns do not appear in some ornamental varieties. The leaves have an oval shape. Its pale yellow flowers are difficult to see among the stately, glossy flower bracts, of an intensive pink colour, that surround them. As imitations of the flower they serve to attract insects; at a later stage, they also help in the fruit’s seed dispersal. The fruit is a nut-like achene surrounded by the remains of the sepals.

As it flowers prolifically, the paperflower is cultivated as an ornamental plant. In unfavourable climates like Poland’s, it may be cultivated only in conservatories, or indoors in containers. The plant flowers for a long period, normally for the whole summer. As an indoor potted plant, the paperflower is attractive for the first several years of its life, though later it becomes overly woody and flowers poorly. In Hong Kong, the species is protected. 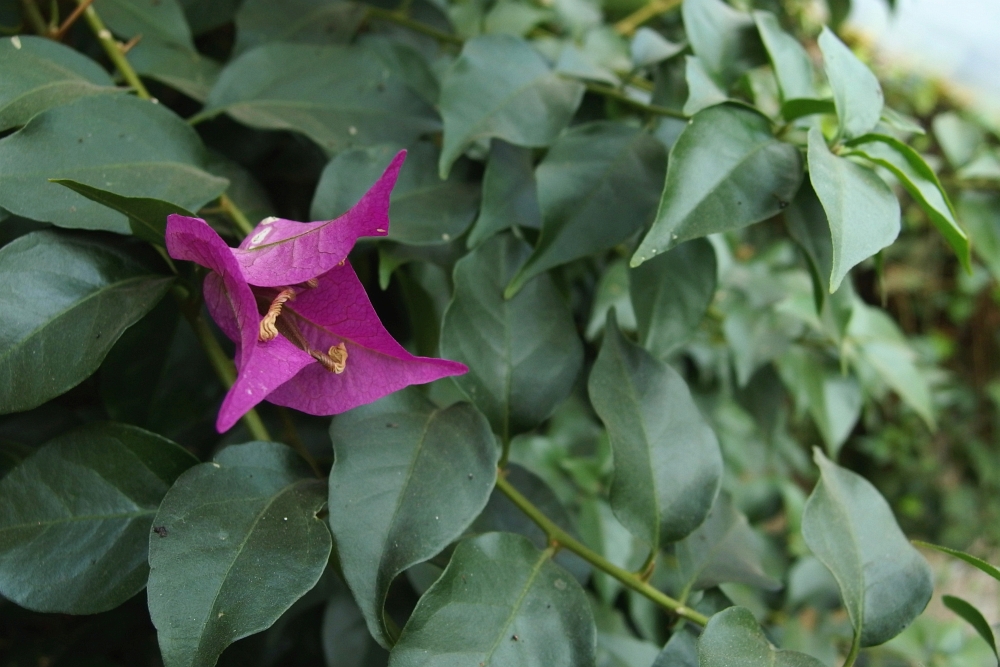