In its natural environment, the cape ivy occurs at the edges of forests that are near settlements, old farms, roads and rivers. It climbs the lower branches of trees, grows over and suppresses the smaller shrubs and other plants, and covers the ground surface so densely that it prevents the growth of other species. This climber, which does not stiffen over time, has thin, shiny palmate-leaved, not deeply indented. On a single inflorescence, there are several dozen sweet-scented yellow flowers. It flowers during winter and early spring. In some countries with favourable climates, the vine has spread so readily that it is now regarded as an invasive species. 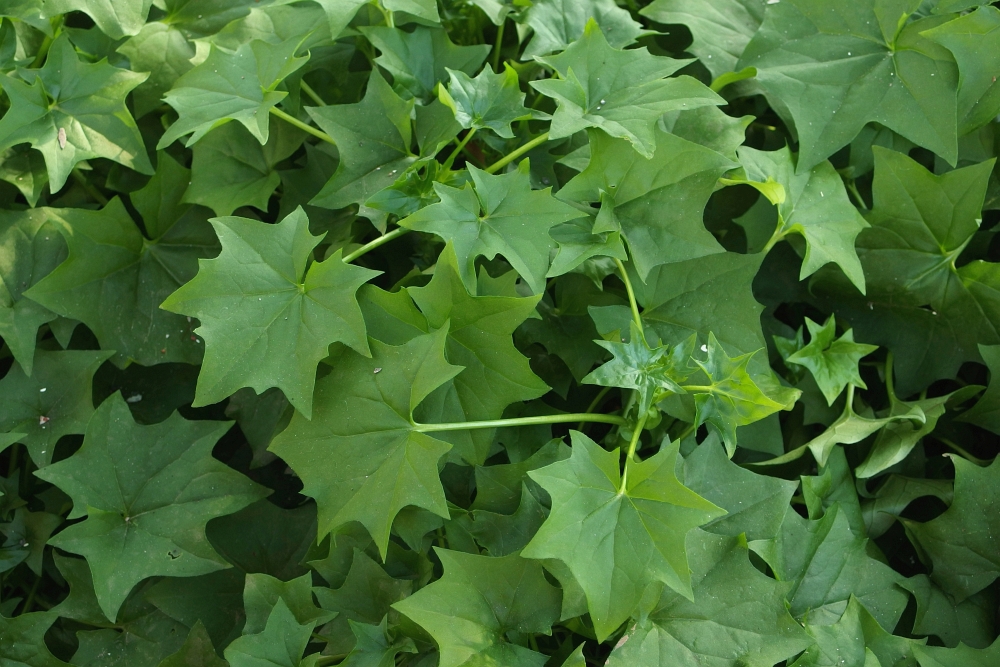