This hybrid is derived from different species of fuchsia naturally occurring in the tropical areas of America. Gardeners, as a result of intergeneric and interspecies breeding, have obtained a number of cultivars grown as decorative plants. They received the first such hybrid in 1832; by 2008 there were approximately 18,000 cultivars and others are still being created. Thus, it is impossible today to establish their origins. For this reason, all hybrid fuchsias, both those of unknown origin and cultivars whose origins are agreed upon, are designated by the common name Fuchsia x hybrida.

The fuchsia has a bushy habit. The young shoots are green, becoming woody with age. The leaves are in a staggered or whorled arrangement. They appear singly, each with an elliptical egg shape, mostly glossy and smooth-edged, only sometimes serrated. In most varieties, the flowers are pendulous; only in a few are they raised. They are long and tubular, with four sepals, bent back, surrounding a crown, with two stamens and a long-styled pistil.  The flowers range in length from half a centimetre to 6 cm. They may be single flowers with a four-petal crown, or double with five to seven petals, either semi-double or full flowers. The petal may be almost any colour, except yellow.

The Fuchsia hybrid is a perennial which blooms long and profusely, from spring to late autumn, even in the shade -- one of fuchsia’s best qualities. Individual flowers remain on the plant for a long time. In their native habitat, fuchsias are pollinated by hummingbirds (orthinophily, or pollination by birds). Seldom are hybrid varieties grown for their fruit. They are, however, popular ornamental plants, often placed on balconies and verandas. 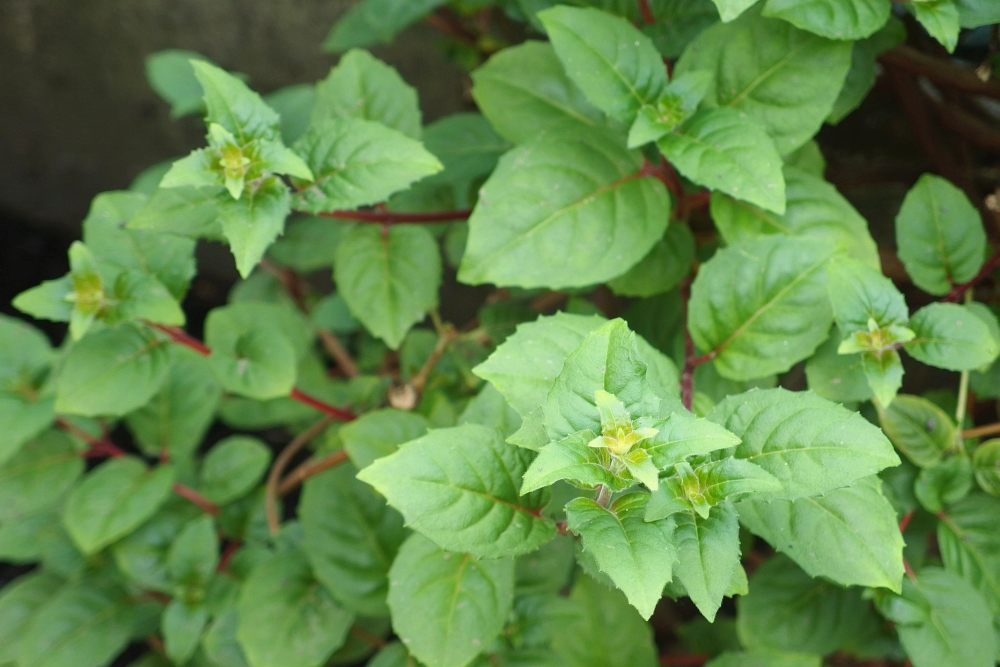