Origin: Under cultivation at the Palm House

The calamondin was created as a hybrid of the mandarin (citrus reticulate) and the Japanese kumquat (fortunella japonica). It has been cultivated in southern and eastern Asia. A shrub or small tree that grows up to 2.5 metres tall, it produces small citrus fruits with dark orange-coloured skins. The calamondin is also cultivated as a fruit tree, though it is recognized as the least flavourful of all citrus fruits. It blooms and bears fruit abundantly. The fruit may be eaten raw, together with its thin skin, which – unlike its sour pulp – is sweet. It is also used in beverage production. The calamondin is especially popular in the Philippines, where it is most often used in the kitchen. 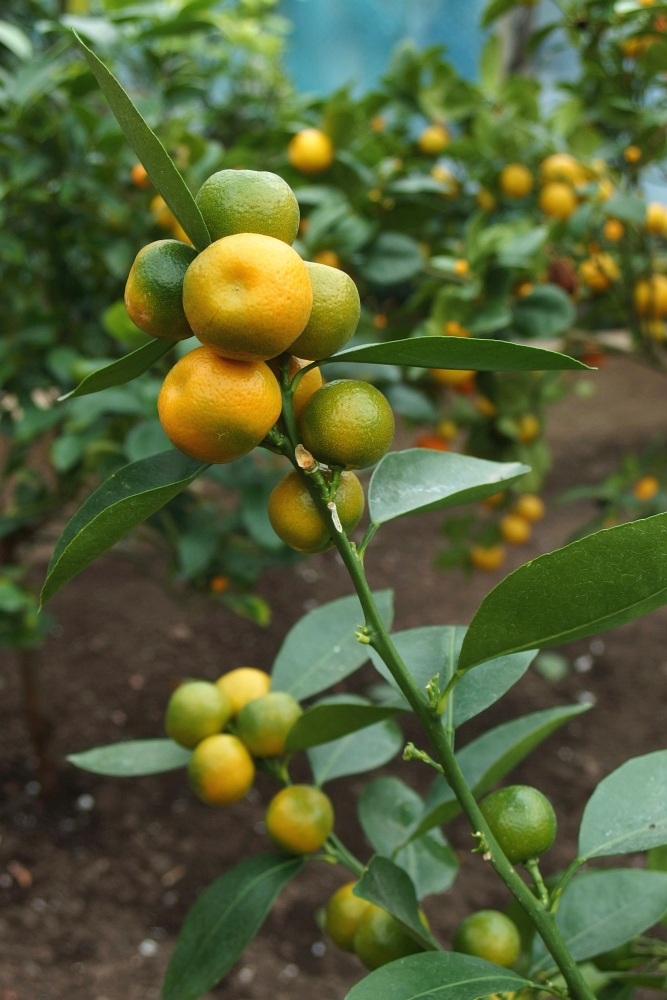