Rosemary is an aromatic evergreen shrub which grows up to 2 metres tall. On its sharply squared, woody stem grow narrow, lanceolate, leaves, with rolled edges, green on the top and with white tomentose (felt-like) hairs on the underside. The flowers are blue or pink. Rosemary is an entomophilous honey plant, attrcting pollinating insects.

The plant has a number of uses. It was cultivated in ancient Rome, Egypt  and Greece. Currently, it is grown mainly in France, Spain, Italy, Greece and Mexico. It contains essential oils such as cineol, pinene, cymene and borneol. It works as an antiseptic and a stimulant, and strengthens the memory. Rosemary is a herb seasoning, used mainly in the cuisines of Spain, the Balkans, and Mexico, and especially to flavour meats and sauces. Its flowers may be added to salads, and decorate candied dishes. The stem may be used as a skewer in brochette dishes, adding aroma and flavour. The leaves provide antiseptics for bathrooms, and added to the bath, can stimulate blood circulation. In Poland, rosemary was one of the first potted plants. During the summer, it may be kept on porches and balconies, or in the garden. 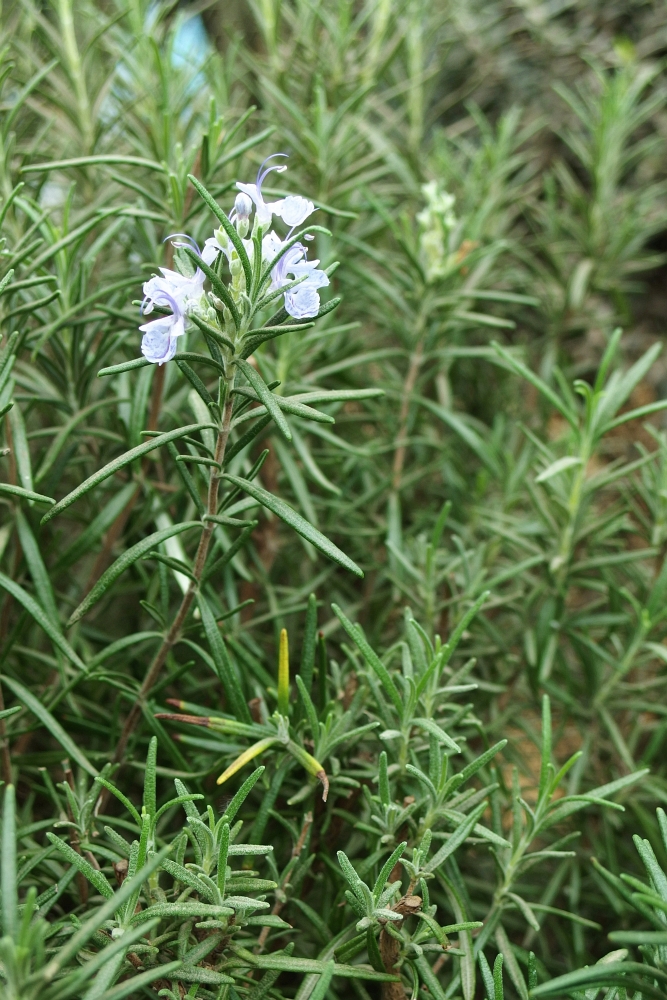