The chestnut vine is a creeper whose woody stems grow in natural conditions up to 50 metres long, from five to seven metres per year. The stems make use of tendrils, which are attached to the plant as supports. The leaves grow up to 25 cm. long. They are composed mainly of five leaflets, combined in a palmate formation, similar to chestnut leaves. This feature, and the reddish-brown colour of the hairy undersides of the leaves, have given the vine the name “chestnut”. On the upper side, the leaves are dark green and glossy.  The greenish and rather inconspicuous flowers gather in clusters, growing directly from the shoot.

The vine has one specific feature: the slightly rounded lumps of sticky material that appear on the underside of the leaf. The secretion includes a great deal of sugar, hence its viscosity. Scientists do not fully know its purpose, but have supposed that the secretion is used as food for ants, which in turn protect the plant against leaf-eating insects. 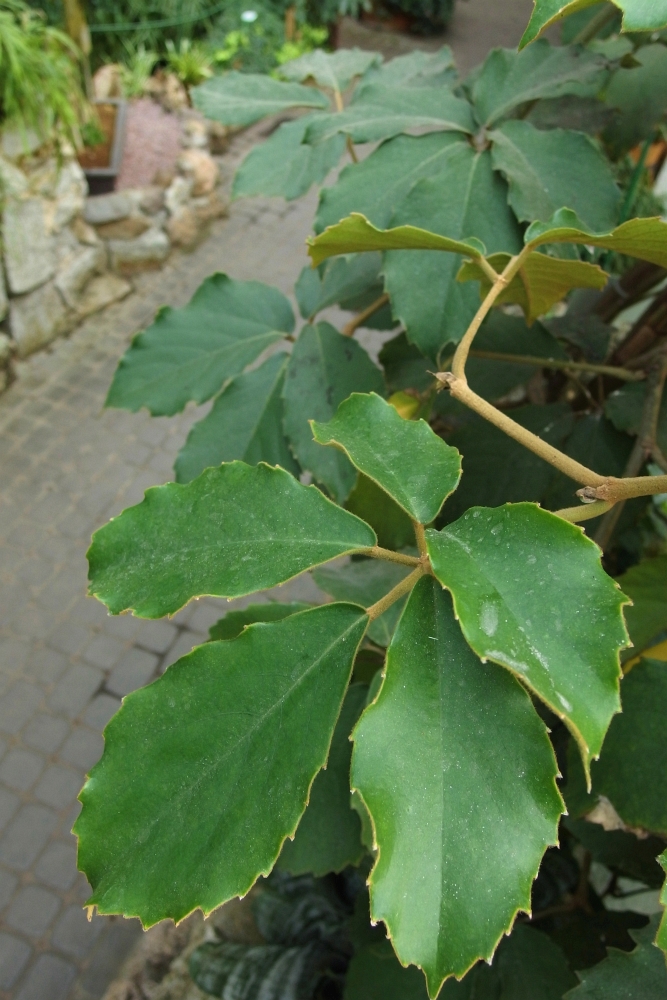