At long last, the area under Książ Castle is open to visitors! October 16, 2018, marks a turning point: on this day, the first group of visitors will go into the tunnel that was once dug 50 metres under the Castle.

The  one-and-a-half kilometre underground route will intrigue visitors with its variety of geological and historical curiosities. As they make their way, visitors will discover halls powerfully reinforced with concrete, corridors cut out of the rock face, and the bunker rooms laid out beside them.

The route runs along the terraces (by the area where the alleged underground railway station has been sought), in the direction of the main Castle building. The first half of the route ends where the construction works caved in, at the entrance to the elevator shaft which is now filled in. This shaft was to lead out to the Honorary Courtyard. Visitors will learn about the secrets of the area under Ksiaz Castle, theories about the purpose of the construction, and the tragic fate of the prisoners whose hands hollowed out these tunnels.

The Książ Castle underground area was fortified by durable Portland cement. According to the notes of Adolf Hitler’s favourite architect, Albert Speer, as well as other available documents, it is possible that the tunnels were even twice as extensive as those which are already known about – that is,  3,200 square metres, according to measurements of the concrete brought to the Castle.

Come and explore the underground area of Ksiaz Castle -- one of Poland’s most enigmatic destinations -- and discover what’s has been hidden for over 70 years!

This map shows the underground area, indicating selected rooms as well as the way to the Castle. We ask visitors to bear in mind that going to the underground area involves a descent of about 50 metres (mostly by stairs). Click on the map to enlarge it. 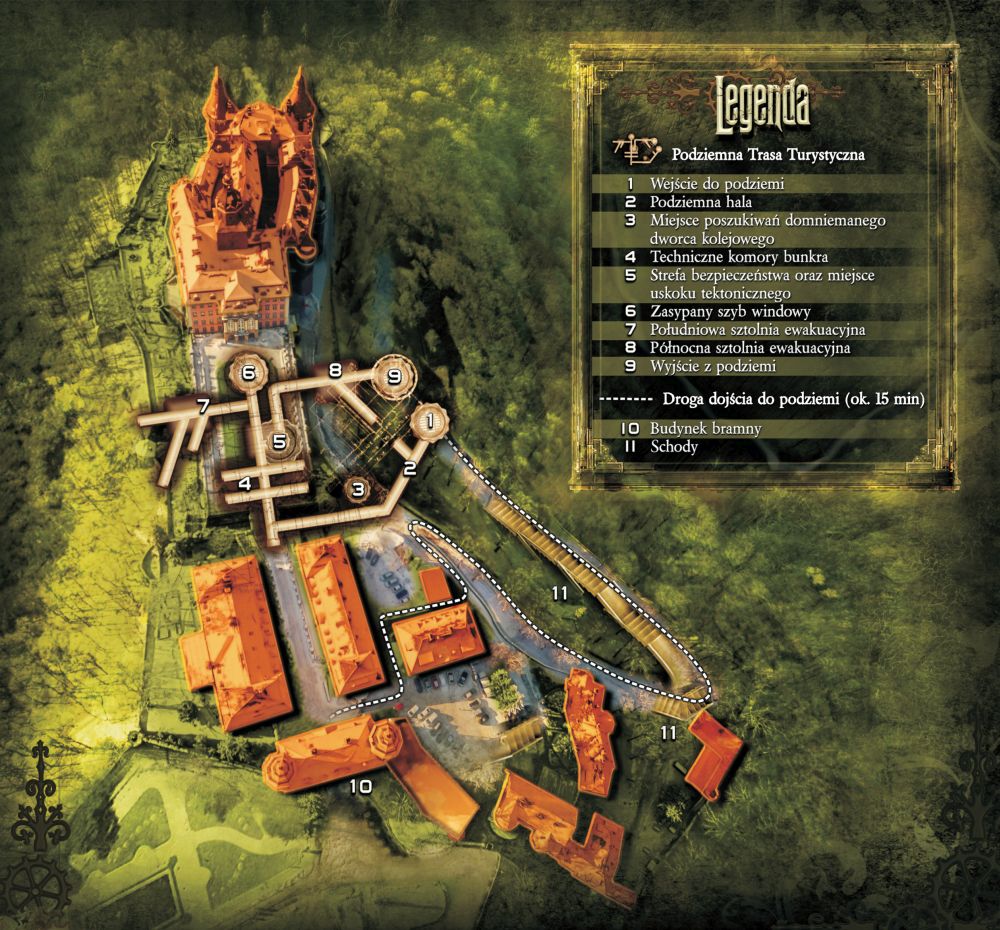