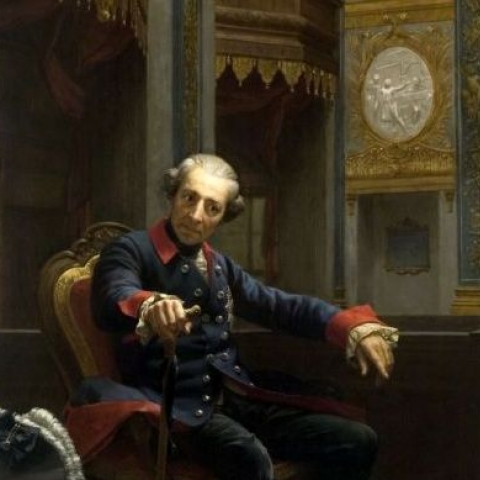 Under the rule of , became one of ’s most powerful states. Not for nothing, then, has he been called “the Great”. Renowned for his erudition, he left many writings, musical compositions and poetry; he wrote both prose and philosophical works. He was the first to attempt to write the history of , and also narrated the history of the Silesian wars and Seven Years’ War, the history of the Hohenzollern dynasty, and works concerning the Polish partitions. Notably, this famous monarch befriended Voltaire, and his court composer was none other than Carl Philipp Emanuel Bach (the son of Johann Sebastian Bach). He received his lessons in composition and flute playing from his era’s famous flautist, Johann Joachim Quantz.  It comes as no surprise, then, that this connoisseur of the arts visited Książ in 1748, and is remembered today among the crowned heads of his time who were guests.