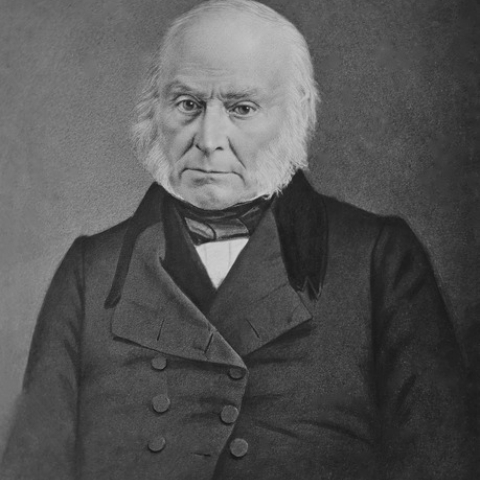 This American lawyer and politician was the sixth president of the (1825 to 1829). Long before this, John Quincy Adams played many parts in European diplomacy: among others, as American envoy to the , nominated by George Washington. After three years in , he was offered the position of U.S. government minister in , though he did not take it up. When his father became president, John Quincy Adams was nominated as the government’s Minister Plenipotentiary in . Among other successes, he negotiated the two countries’ Treaty of Amity and Commerce. He remained in Europe until 1817, serving as Minister Plenipotentiary in , then as American envoy to . During his long stay on our continent, he was also able to visit Książ. Few people foresaw at the time that this talented politician would become, 25 years later, president of the .

Source of the photography:  Library of Congress