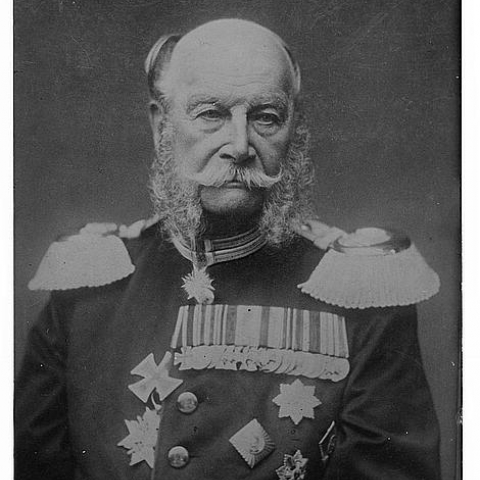 The King of Prussia from 1861 to 1888, and from 1871 the Emperor of Germany. When Wilhelm I visited Książ Castle he had not yet been crowned, but was already a renowned military commander. So it is not surprising that he had been appointed an officer (second lieutenant) at as early an age as 10, and that he had taken part in the campaign against Napoleon in 1814, for which he was decorated with the Prussian Iron Cross. In later times he held the command of one of the battalions of Stettin (now Polish Szczecin), which cleared the way for further military promotions. In 1829 he was appointed to the Order of the White Eagle of the Polish Congress Kingdom.