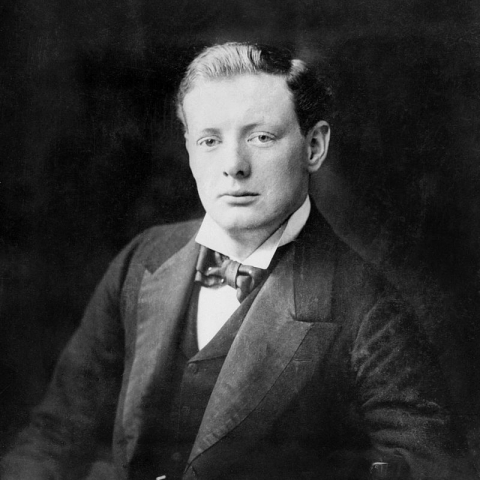 Winston Churchill was an ingenious politician, military strategist and diplomat, twice prime minister of Great Britain. He once said:  “Success is not final, failure is never fatal; it is the courage to continue that counts.”  This quotation aptly describes his approach to life. It comes as no surprise that he was both a Nobel Laureate and an honorary citizen of the U.S.A. Many people are surprised to learn, however, that Churchill’s stepfather, George, was the brother of Daisy, Princess of Książ. How did this come about? George met Lady Randolph Churchill in 1900 when, wounded in the Boer War, he was taken home on a hospital ship. They married, which was controversial given that George was at the same age as Lady Churchill’s son Winston. Owing to these connections and his liking for Daisy, the future British prime minister stayed at Książ Castle several times.

Following a plebiscite organized by the BBC in 2002, Winston Churchill was declared the most famous Briton of all time.

Source: http://media.iwm.org.uk/iwm/mediaLib//8/media-8244/large.jpg This is photograph Q 113382 from the collections of the Imperial War Museums.