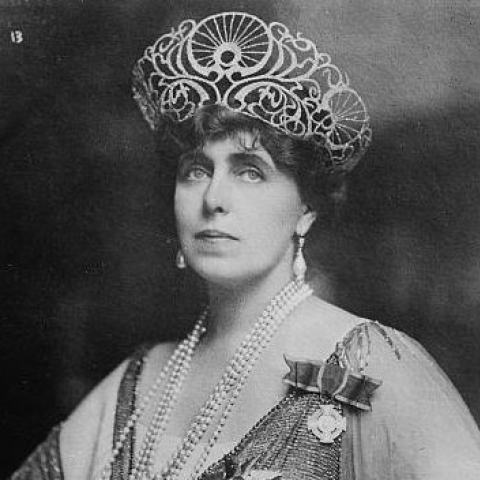 Marie was the daughter of Alfred, the Duke of Edinburgh, and the Russian Grand Duchess Maria Romanow, the only daughter of Czar Alexander II. As Marie was uncommonly charming, many of Europe’s titled young men sought her hand, including Britain’s future King George II and Russia’s future Czar Nicholas II. In the end, however, Marie’s mother agreed to her marrying Ferdinand, the heir to the throne of Romania. How was the fate of Romania’s queen tied to that of Książ? Marie and Princess Daisy, close friends during their youth, later would see their children close to marriage: Alexander, Daisy’s son, and the beautiful Illeana, Marie’s daughter. Unfortunately, public opinion was scandalized by controversy surrounding Alexander, which led to the breaking off of the engagement. Let us return, however, to her visit to Książ. In Povestea Vieții Mele (“The Story of My Life”), the Romanian Queen later wrote: “It was 1906 and I visited the Duke and Duchess of Pless in Książ, their wonderful home in Silesia. Daisy had brought her English style to this property, including large parties at home. This huge castle was always full of people; she welcomed guests in great style, not counting the cost, in a way that seems almost fantastic now, given today’s rising prices. I don’t exactly remember how it turned out that I accepted this invitation, as my interests in those times were centred on completely different things, and parties like those at Książ were considered taboo in my Uncle Charles’ world. I suppose that I went there without asking for permission, which I most certainly would not have received. I went with my sister Hohenlohe and our cousin Sophie, already at that time next in line to the throne of Greece.”