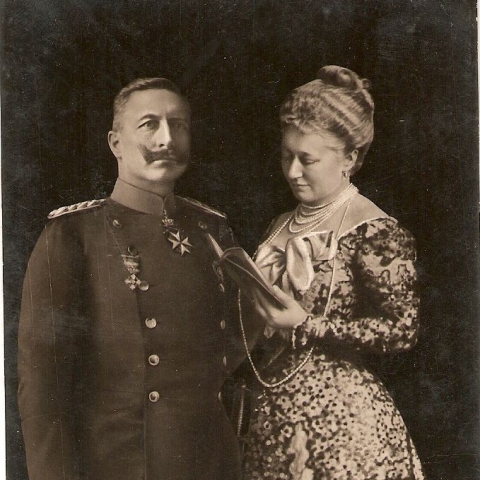 Wilhelm II was the last German Emperor, and the brother of Sophie, Queen of Greece, who had also stayed at the castle. While Sophie visited only during her youth, the Emperor was a frequent guest in Książ, where he felt very much at home. The feeling was mutual: Princess Daisy and Hans Heinrich XV, who was his personal adjutant, would welcome Wilhelm II to their castle with great pomp, and often joined him in hunts in the woods near Pszczyna. There were well-known rumours that the Emperor and Princess Daisy had strong feelings for each other – though feelings only of friendship.